Or browse issues by year/month…

Grandkids galore!
Congrats to our new Grandpa in the office! Vern is the proud grandad of Forest Eugene Douglas Roy Toews, who was born on March 21, 2018. His 9 lb 23.5” grandson has already passed both the Matrix Basics and CMA/Stats courses, but failed the Matrix Listings course. No word if retries are allowed. 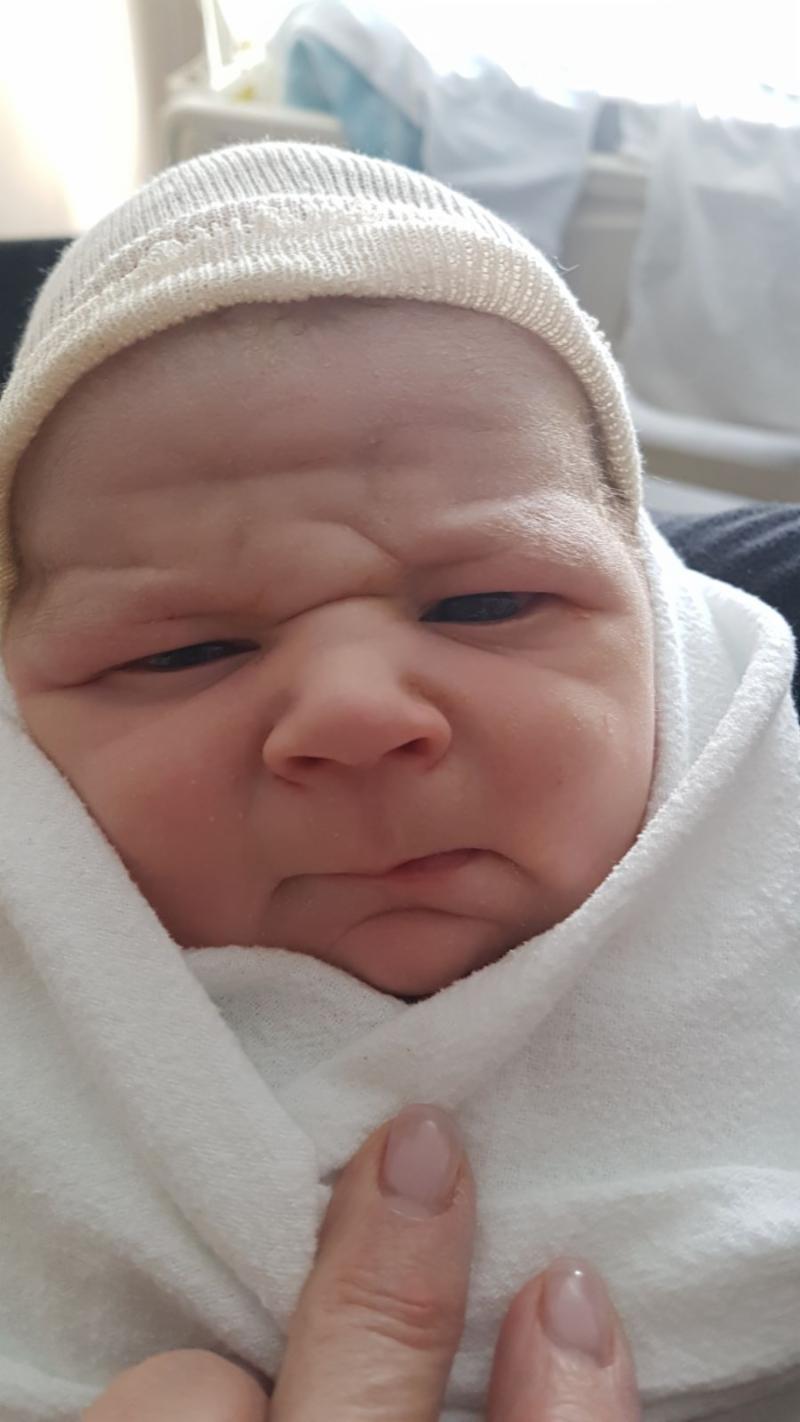 Kathy is looking forward to being a grandma as her daughter is due at the end of August. Kathy has already purchased several curling rocks in anticipation along with a personalized broom with the Adams slogan “Curl ’til You Hurl.”
Lucy is also awaiting the day of grandmothership, with her first grandchild also due in August. “I can’t wait,” Lucy said. “First baby steps, first tooth, first polish swear word; it’s going to be great!"
Val George Keeping Busy
Our Val George is recovering nicely after her operation and keeping busy. According to Megan George, “She’s still recovering, but it's going well. She’s been going for plenty of walks and doing her crocheting.”  When asked if she was excited about the Jets and their playoff chances, Megan says, "You know, it's never come up. . .  Of course she is!"
Marina James, wearer of many hats
WinnipegREALTORS® CEO Marina James has accepted a role with Manitoba Hydro as chairperson of their board of directors. On March 23, 2018, the Conservative government appointed five new members to the Manitoba Hydro Board after the mass exodus of several members of their previous board earlier in March. “The five new appointees to the board come from diverse sectors and bring a wealth of knowledge and experience to the work of the corporation,” said Minister of Crown Corporations Cliff Cullen in a press release. "“I am honoured to accept the role of Chairperson of the Manitoba Hydro-Electric Board. Manitoba Hydro is respected in this province, and its mandate to serve the community is something I look forward to strengthening.” said Marina.